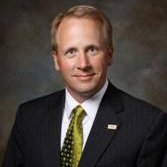 “The North Region continues to be one of the fastest growing regions for our organization, said Alexander. “Proactively anticipating the future and executing strategic moves such as regionalizing our organization allows us to better meet the needs of our community.”

A native of Ohio, Alexander attended Ohio State University where he earned a B.S. in biology and a Master of Health Administration. Among his achievements, Alexander was named as one of America’s “Up ‘N Comers” by Modern Healthcare magazine in 1998.